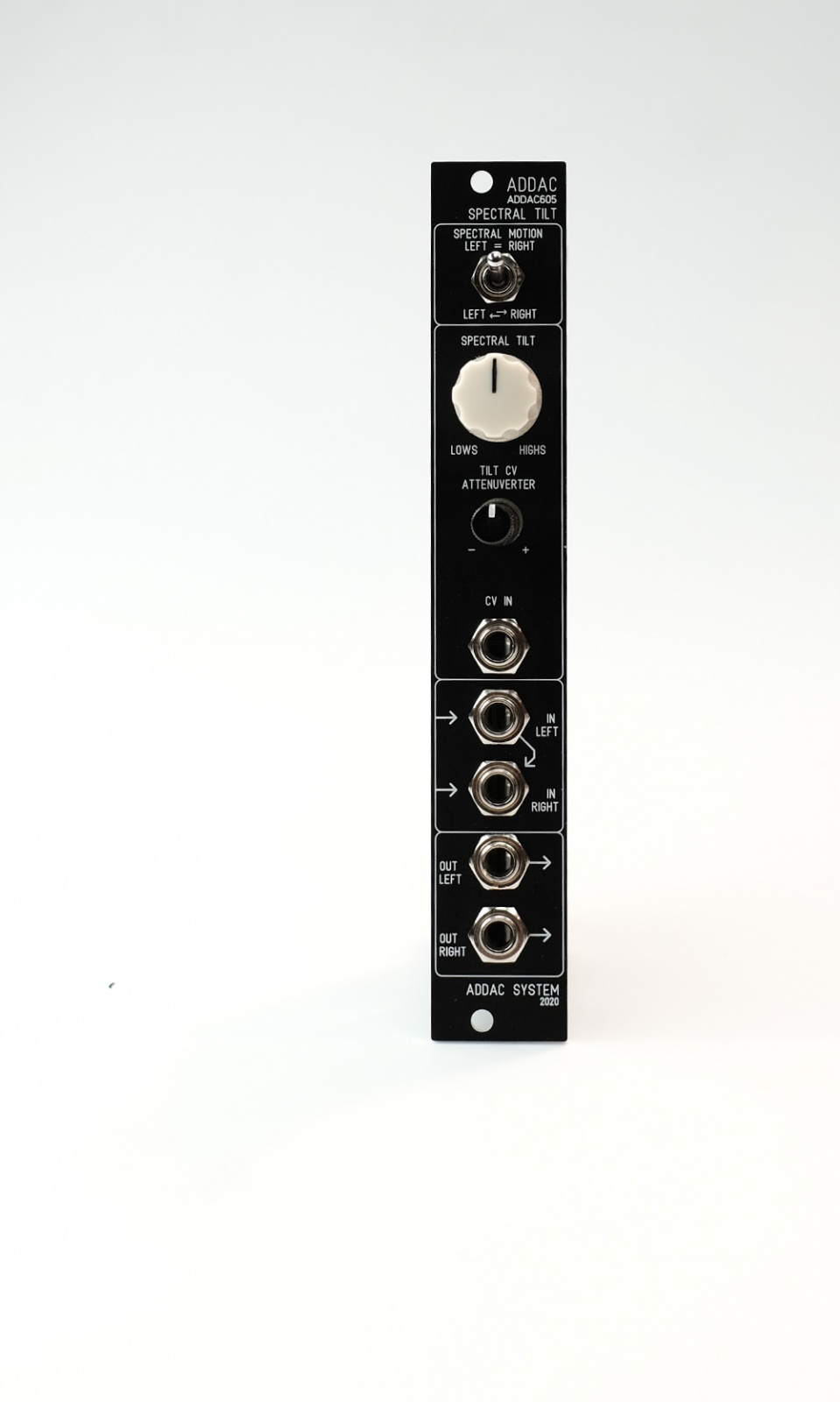 The TILT EQ concept was first introduced in the 1970's by Quad Ltd, featured on the company’s model 34 preamplifier.
The tilt control tilts the frequency spectrum of the audio signal by simultaneously boosting the treble and cutting the bass frequencies, or vice versa, making it a simple to use but powerful EQ.

As stated by Quad Ltd, it was designed to produce a very gradual change in balance across the musical spectrum without changing the overall subjective level.
This gradual fall from Bass to Treble, or vice versa, means there’s no sudden change and hence no ‘coloration’ added to the sound, the sound will remain entirely natural but with a slight added bottom or high end. In practice, it rotates most of the audio-range frequency response around a 1Khz axis, so as to change the overall balance of the sound from warm to cool without affecting either the apparent volume or the "colour" of the sound.

This module is also available as a full DIY kit.

This module is also available as a DIY Kit from Thonk, Exploding Shed, and Synthcube.