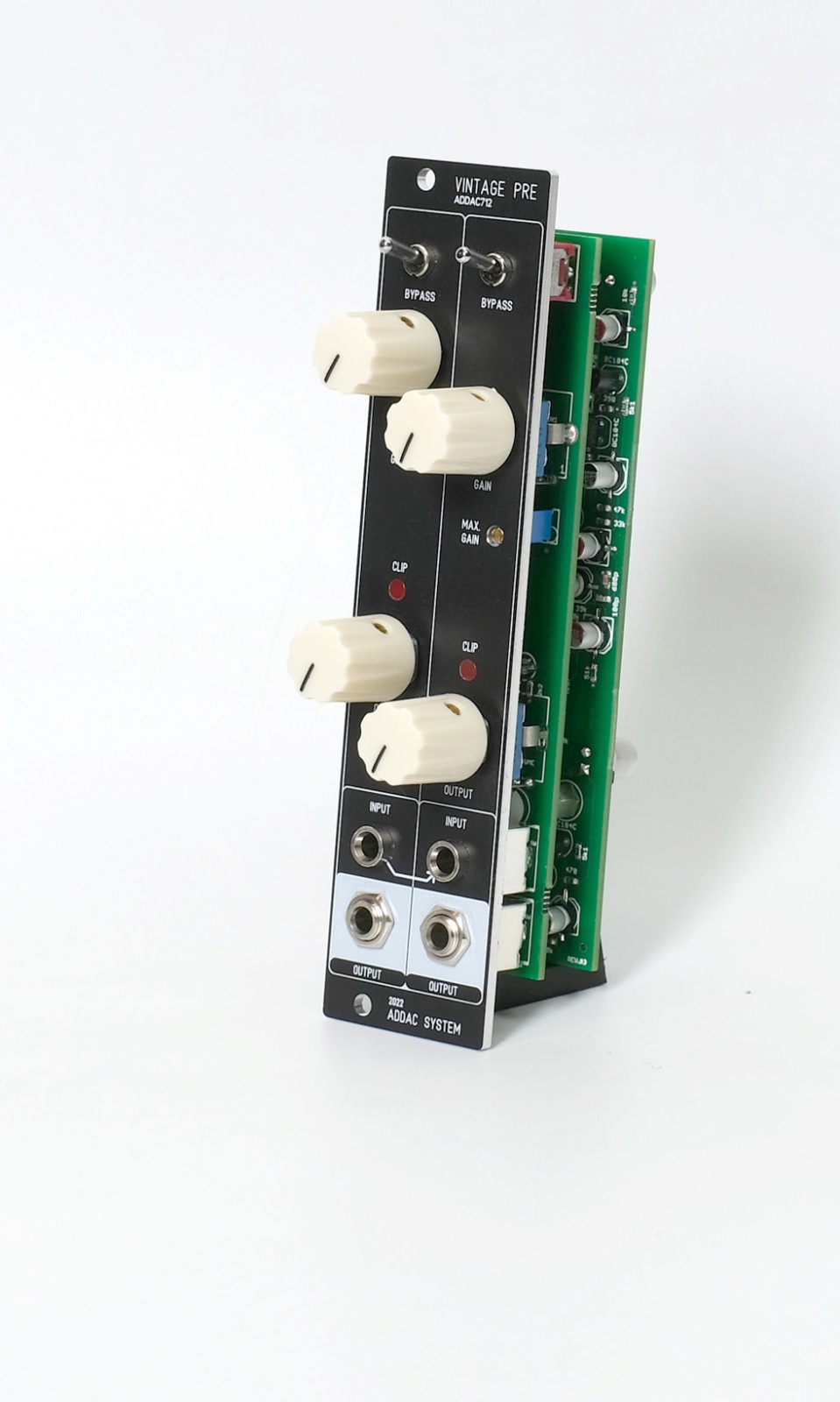 ADDAC712 is a dual channel discrete gain staging ampli- fier, based on a famous discrete preamp board from the 70’s used in some legendary equipment.
What caught our attention was the character of it’s clipping and resulting saturation/distortion.

The module can be used with modular signals to add a distortion/fuzz character or as a preamp for an external source such as a line source, keyboard, guitar...
It’s also a great side companion for our ADDAC711 Balanced Inputs.

At the top an On/Off [BYPASS] switch routes the signal into the Effect (Up: Active) or to the bottom output gain stage (Down: Bypassed).

Up to ±5.5v the incoming signal will keep it’s integrity, beyond this point saturation will start to increase.
At aprox. ±6v a hard clipping will start to occur, this clipping also has a particular quality that at extreme levels it drifts the audio 0v bias reference, moving it upwards which results are similar to a Gate effect.

In the middle, an x2 opamp based output gain stage with a clipping led, which monitors the clipping at the output, and an [OUTPUT] control to set the output volume.

Having the top and middle gain stages provides flexibili- ty allowing the user to completelly distort the signal on the top stage and tame it’s output level with the second stage.

At the bottom, Input and Output for both channels (Left input is normalled into Right input).

This module will also be available as a full DIY kit.