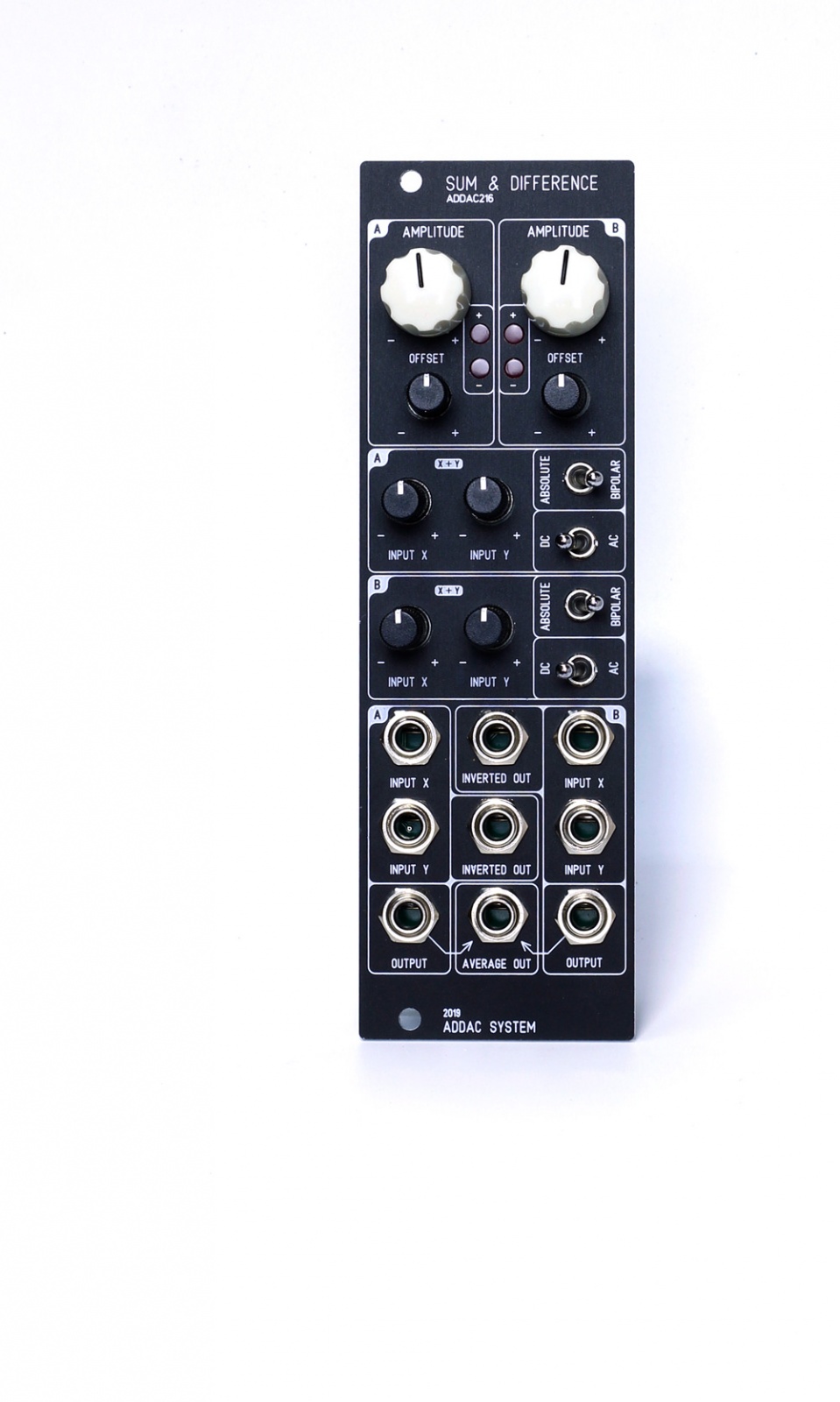 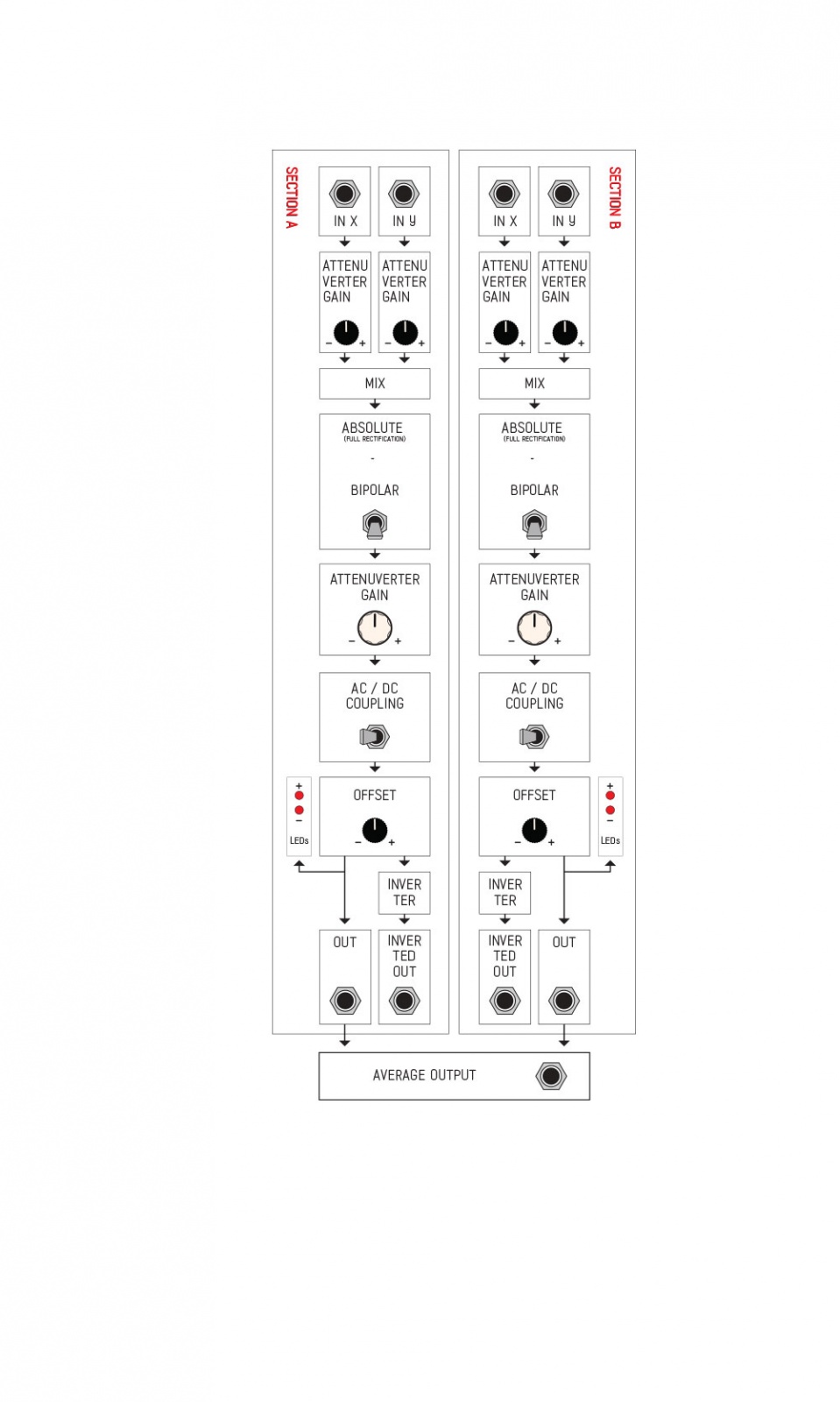 There are two equal sections in this module labeled A and B.

This module is a peculiar type of mixer that instead of just summing two input signals (X & Y) it also allows the possibility to subtract the two signals.
It works both for audio and CV signals and hence the possibility to get the diference of two CVs or cancel the phase of two audio signals. The resulting signal, of sum or subtraction, is then routed through a switchable (on/off) full rectification circuit labeled: Absolute. After this the gain of the mixed signal goes through another attenuverter labeled: Amplitude to control the resulting signal gain which, being an attenuverter, also allows the possibility to invert the incoming signal. After the Amplitude comes an AC/DC coupling switch followed by an bipolar Offset knob.

Besides the normal output there’s also an inverted output for each of the A & B sections.
The outputs of section A & B are also summed and sent to the Average Output.

Using a single input, just the X or Y input, the module can also be used as a simple dual Attenuverter & Offset CV processor with full rectification and AC coupling options.

Average mix output of both sections

This module is also available as a DIY Kit from Thonk, Exploding Shed, and Synthcube.