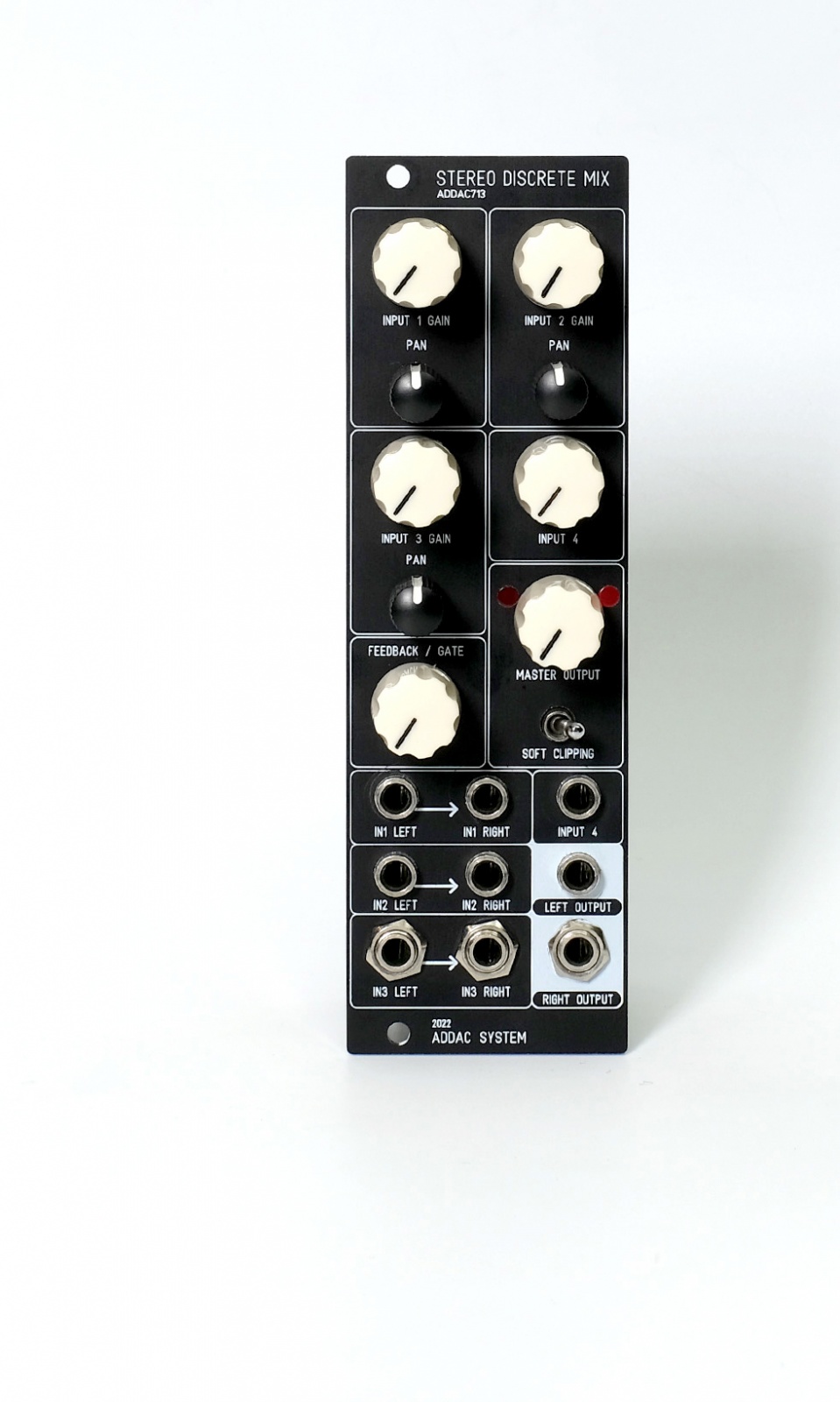 ADDAC713 is the stereo version of our 703 Discrete Mixer. Inspired by Moog’s CP3 mixer, this is a fully discrete analog mixer and it's not, by any means, your standard breakfast mixer, although it can behave like one.

This is a wolf in sheep's clothing. Despite its harmless looks there's a dark snarly soul behind that panel that wants to take your sounds into a realm of gritty gnarly growls.

This new version was initially thought of as a percussion mixer, with mono inputs and panning, to allow placing percussive voices in the stereo field, while keeping channel 4 in mono for low end sources like a kick drum or Bass. In the developement process we slightly changed this initial idea, adding stereo inputs for the first 3 channels, but still kept the 4th channel in mono.

Feedback is used to overdrive the whole mix. As the control is turned clockwise the sound will be clipped harder until it goes completely off, this happens as feedback is increased the audio bias reference also moves up, at extreme levels it offsets the whole signal upwards until it completely goes above the top rail clipping the whole signal hence the resulting gate effect.

The [MASTER OUTPUT] sets the overall output gain of the mixer, the two leds monitor the audio output signal.