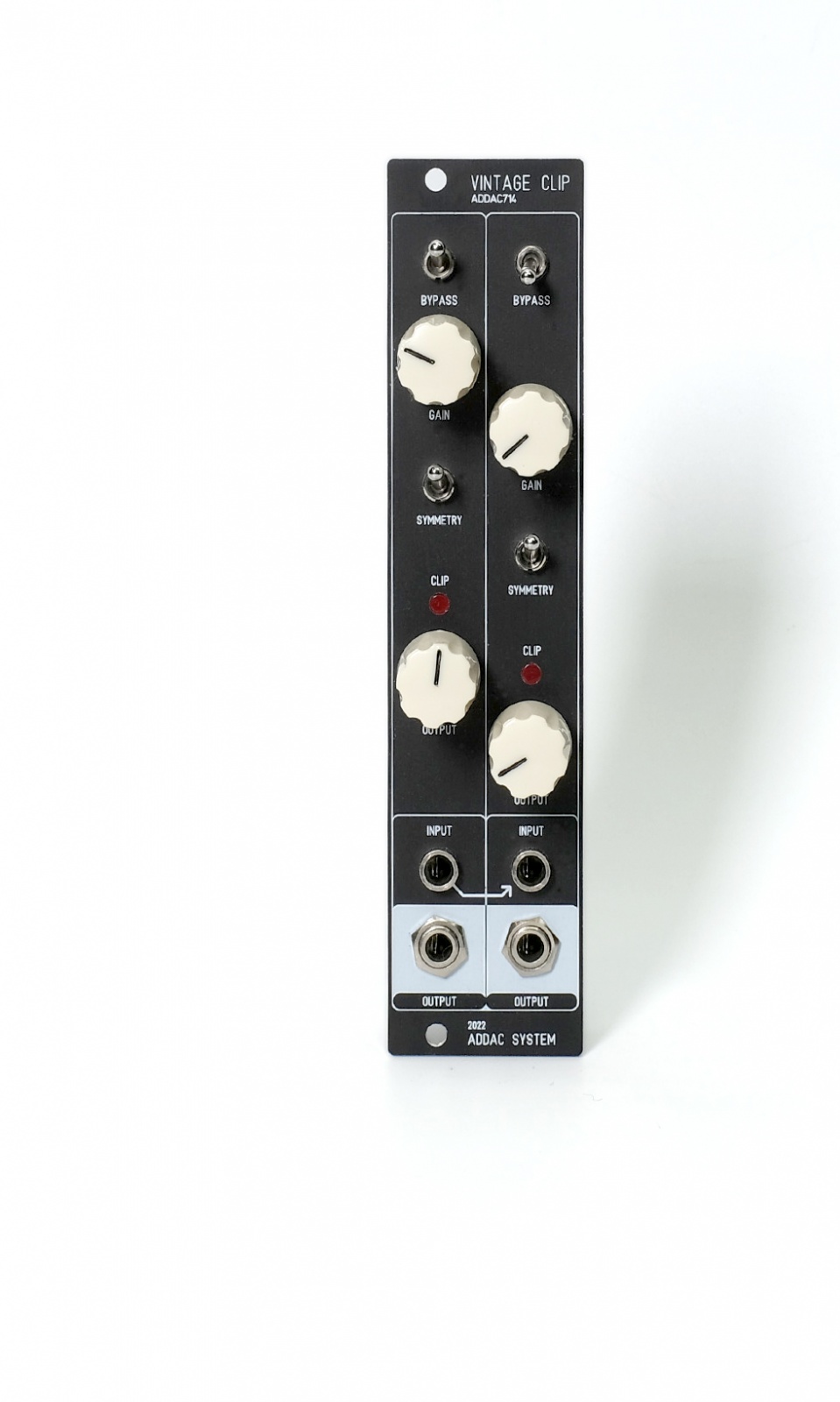 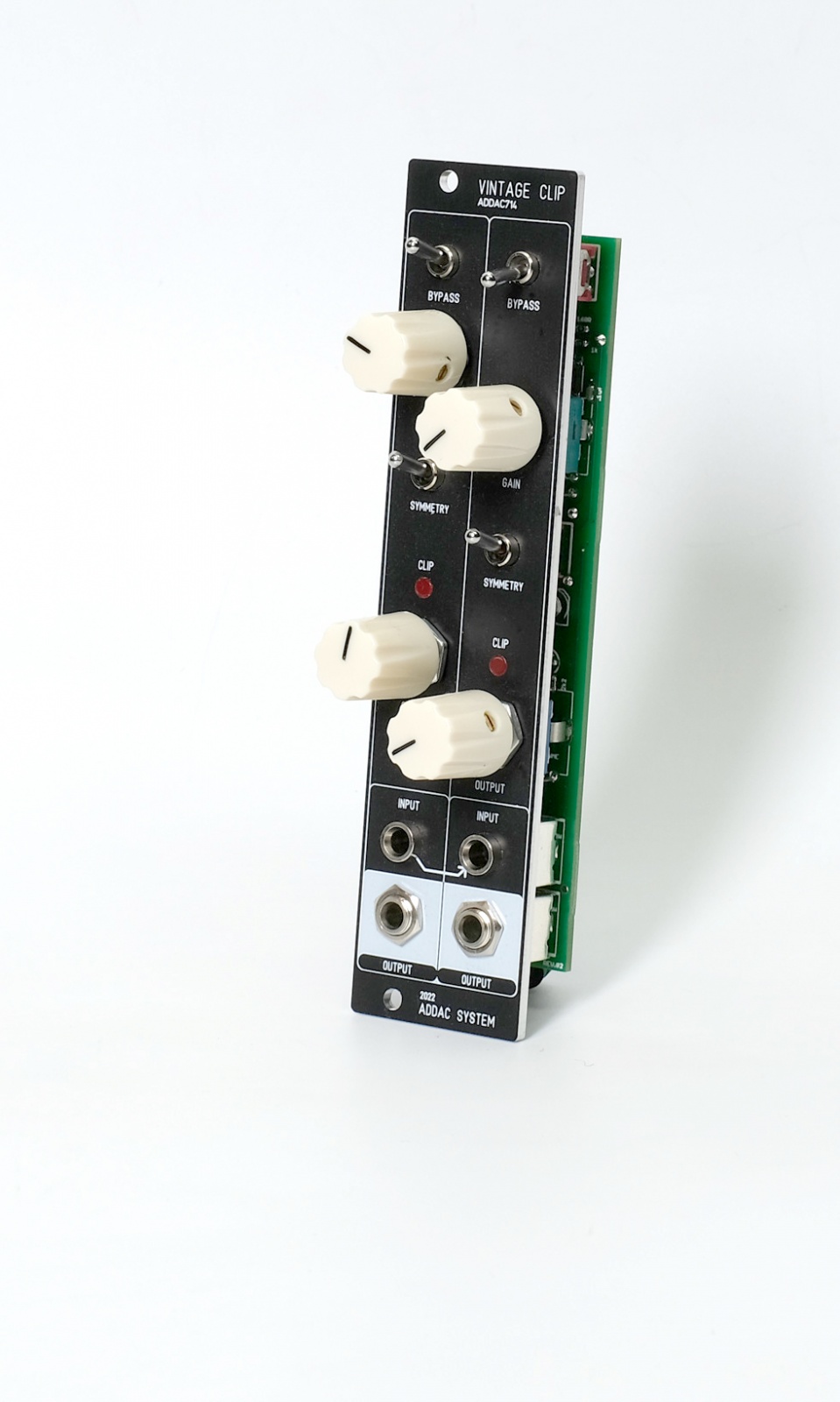 ADDAC714 is a dual channel soft clipping module.
Diode based passive clipping acts as a “brick wall” limiter with a fixed knee given by the inherent diode physics. A passive RC low pass circuit adds a 3.3KHz -3db low pass filter which sculpts the overall tone while also adding further character to the effect.

At the top an On/Off [BYPASS] switch routes the signal into the Effect (Up: Active) or to the bottom output gain stage (Down: Bypassed).

The ammount of clipping is set by the [GAIN] control, it mostly works as a threshold control for how much clipping will be applied.
As more clipping is applied the signal’s amplitude will also decrease, to compensate for this we set up a gain compensation stage to keep the output amplitude balanced across the Gain range.

At the second stage, an opamp based x2 output gain with a clipping led, which monitors the clipping at the output, and an [Output] control to set the output volume.

Having the top and middle gain stages provides flexibili- ty allowing the user to completelly distort the signal on the top stage and tame it’s output level with the second stage.

At the bottom, Input jacks for both channels (Left input is normalled into Right input) and output jacks

This module will also be available as a full DIY kit.